On the seventh day of Christmas, the Dairy Man gave to me
Seven bales of hay 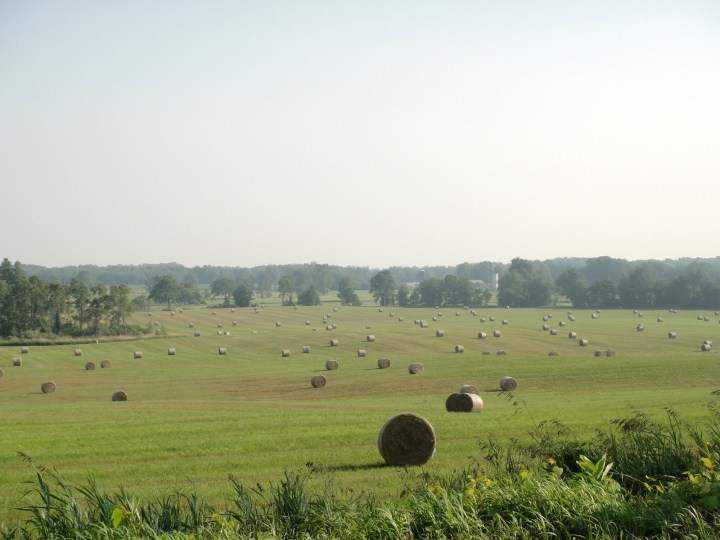 Ok, ok, there might be more than seven bales in this picture. But you get the idea. Let’s say the Dairy Man gave me seven.

Hay/grass/alfalfa silage is one of the key ingredients in our cow food ration. Depending on heat and rainfall, the Dairy Man and his father cut hay 3-5 times per summer (approximately every 30 days).

The cutting process has five steps:
1. Cut hay
2. Wait for hay to dry
3. Rake or merge hay using a big machine (helps it dry out)
4. Bale or chop hay
5. Load chopped hay into Ag-bags OR store bales in the barn for immediate use

Wet hay loses any nutritional value, so it is vitally important for the Dairy Man to work like a madman once the hay is cut to make sure we get it in before it rains. So, for several days every few weeks during the summer, DM is unloading trucks of hay silage every 20 minutes from dawn till dusk. Why can’t we just cut hay once per year, you ask? Well, as explained in this brief interview with the Dairy Man, we have to cut the hay before it blossoms. Once the stalks start to bloom, the plant starts to allocate nutrients towards seeding and reproduction, thus depleting the nutritional value of the hay.

I don’t particularly enjoy haying season (it’s hard to scarf down dinner and tell DM about my day in 20-minute intervals), but it’s a necessary process to make sure we have enough delicious food for the bovines in the upcoming year!

And you can’t beat a pretty hay field. 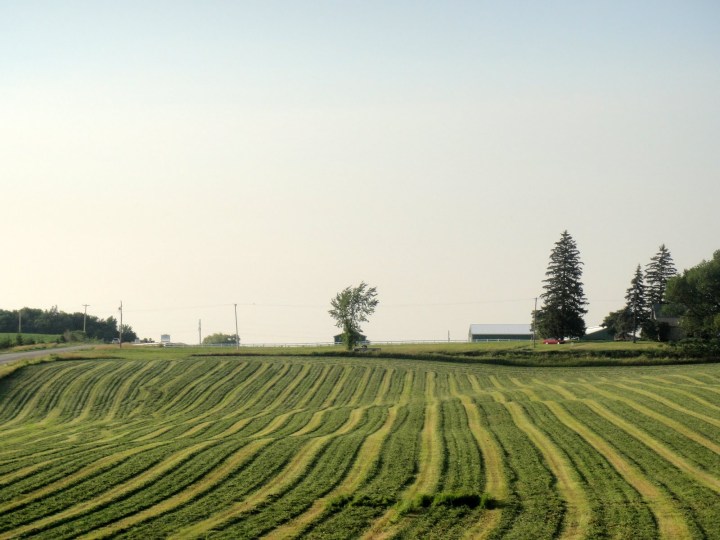 Hi, my name is Jessica. I traded stilettos for rubber boots to marry a handsome Dairy Man. Eleven years, one border collie, hundreds of cows, and four kids later, I'm still learning what it means to be a modern farm wife. So come along. But mind your step; yes, that is a cow pie. 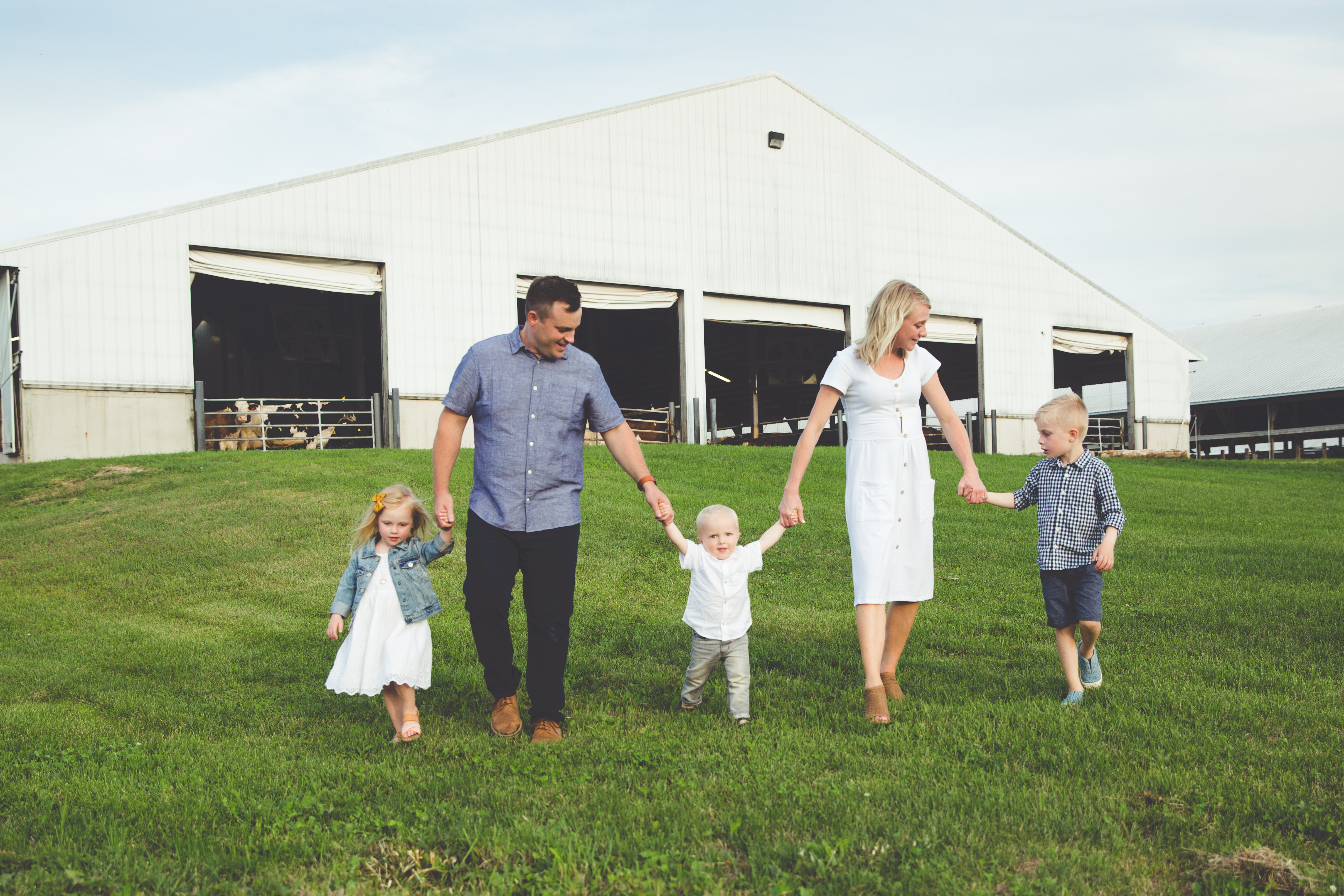 On top of the world 🙌🏻
September was a stressful, weary-making blur. But, like all of our days, it was sprinkled with so much grace. ❤️❤️
Freshly groomed and five seconds after getting home. Because of course. 🤦🏼‍♀️
Sixty + sunny today and we are here 👏🏻 for👏🏻 it 👏🏻
When the farm baby *finally* becomes a confident sitter 🙌🏻🐮
Welp. It’s fall, y’all. 🍁🔥
Join 1,693 other followers