I feel that I am getting more socially awkward in my old age.

In this case, “old age” refers to the period of life after college. Something shifted the day my peers and I donned cap and gown to cross the fine line from student to adulthood. Sure, a few of a few of us got a slow start. Some stuck around that summer to finish up their last few credits. Others (like me) moved in with our parents to wage war with Michigan’s job market. Many of us stayed close to Grand Rapids, close to our home base. But in the years that followed, people moved away, went to grad school, got married, had babies. The inevitable diaspora could not be put off any longer. 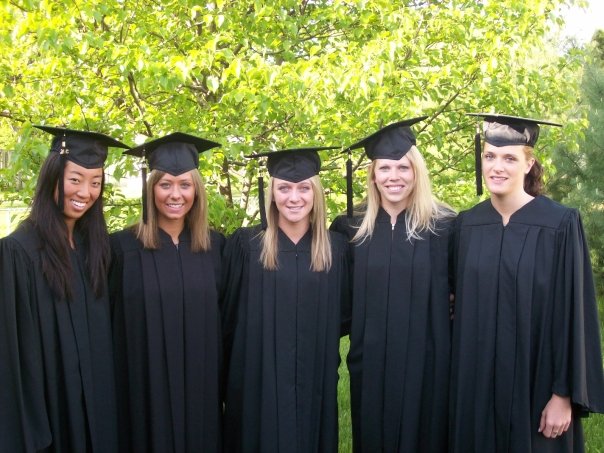 And with this diaspora, my social skills began to wane. Now, I was communicating with my closest friends over email, phone, Skype. The effortless friendships of college, fueled by proximity, common interests, and a mutual love of Ernest Hemingway, were no more. I could no longer fall into late nights contemplating the mysteries of the male gender, big glasses of red wine shared on the back porch, spontaneous trips to the beach, to Chicago, to anywhere.

After landing my first real job, I moved into a teeny studio apartment in Grand Rapids. I was mere steps away from restaurants, bars, theaters, concert halls, and the remaining post-college young adult population. It was more difficult to sustain a social life, but it was not impossible. All I had to do was force myself to put on a pair of heels and thrust those heels out into the world.

But then I married the Dairy Man and moved to the country. Life got better, but it also got different. On the weekends, the 1.5 hour drive to the city (and to my friends) was a nearly insurmountable barrier. There was nothing I wanted to do less on my days off than get back into the car and it’s not always easy to coerce friends up to your farm. Thus, my social life quieted down.

I won’t say that it was an easy transition. Though I comfortably settled in to weekend nights home alone with the dog (perhaps a little too comfortably), I was painfully aware that my finely tuned social capabilities were out of shape. I would often walk away from conversations at church thinking, “What the HECK was I talking about? I shouldn’t be allowed to talk to people. Yikes.”

At first, I refused to make friends in our small town. I think I still felt a twinge of resentment that I was being forced to move away from my sushi-loving, city-water-drinking, friends. I generalized, judged, and overlooked the people around me. I watched too many episodes of The Beverly Hillbillies. Believe it or not, living in the country does not make you a gap-toothed, moonshine-drinking, overall-clad hill person. The more I looked around, the more I realized that there were a lot of people like me. I somehow fell into a group of fiercely smart, strong, and hilarious women.

It wasn’t as effortless as college. I vividly remember asking Chelsea, a girl I barely knew at the time, out for dinner. A “friend-date,” if you will. I must have tried on five different outfits. The Dairy Man thought I was crazy. During dinner, my head was filled with a litany of thoughts usually reserved for first dates: “Do I have food in my teeth?” “Am I talking too much?” “Is she having fun?” “Am I having fun?” “Is she really going to call me?”

It was ridiculous. Thankfully, a few months later, Chelsea confessed to the same insane thoughts during that first dinner. This is what happens when adults try to make new friends. Sheesh. It’s difficult, uncomfortable, and there’s no guarantee it’s going to work out.

I’m happy to report that the friend date (and those that followed) went well. Despite my adult social failings, I’ve made friends in this town. I miss my old haunts and college cohorts, but somehow a social life has sprung up in the boondocks. It gets harder in adulthood, but you just have to shake off the awkwardness.

The Dairy Man and I know wonderful people. We do fun things. And I even find time to discuss British literature every once and a while.

5 thoughts on “When Getting Older Means Awkward Friend Dates”

Hi, my name is Jessica. I traded stilettos for rubber boots to marry a handsome Dairy Man. Twelve years, four kids, one border collie, and hundreds of cows later, I'm still learning what it means to be a modern farm wife. So come along. But mind your step; yes, that is a cow pie.

Have a pressing question about mixer wagons? Want to know how to work from home with four kids underfoot? (Hint: give up.) Just want to say hi?

all content is © 2011-2023 modern farm wife. all rights reserved. please do not take images or content from this site without written permission.