Oh hey, in case you haven’t heard, the weather in Michigan is going crazy.

This was the temperature two days ago, on MARCH 19. This was only at 12 noon. It went up from there. To 85 degrees.

March, a month that usually brings light snow flurries, gradual warming (to the 40s/50s), and the fleeting promise of spring has plopped us smack into summer.

For the past week, temperatures have been in the 70s and 80s. Wednesday’s high was one the warmest ever recorded in West Michigan in the month of March. Phew.

Even though a small part of me feels like the world is going to end in a apocalyptic ball of global warming, I have emerged from a long winter hibernation desperate to soak up as much “summer” as humanly possible. The hammock is out, my skin is rosy (from a long nap taken in aforementioned hammock), and all of our meals take place on the deck. From this vantage point, it’s easy to see that everything is turning green. 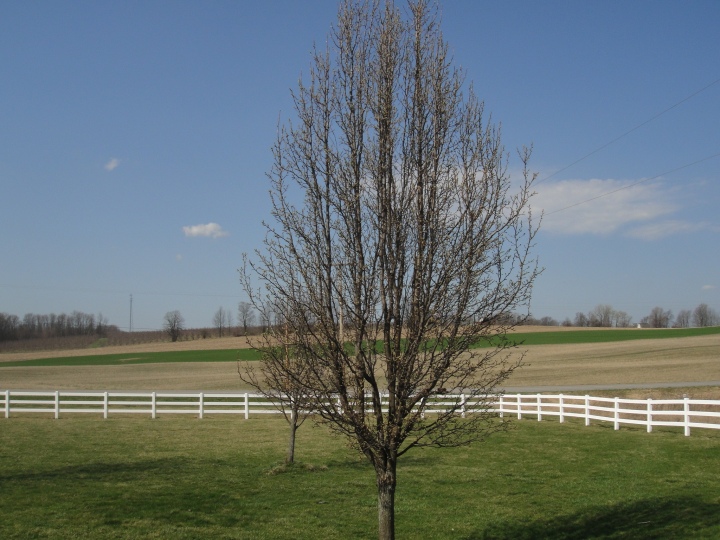 I know that this is wrong, wrong, wrong. This can’t last. Something in the universe has gotten out of whack and we’ll probably get a blizzard in the middle of June. I half expect to see a plague of locusts or frogs spring forth from the earth.

The cows are confused. Most of our girls haven’t even shed their fluffy winter fur yet. They are hot and bothered, but fortunately the Dairy Man turned on our big fans to cool things down. There was talk of a frozen daiquiri bar, but Dairy Man wants to try the fans first. 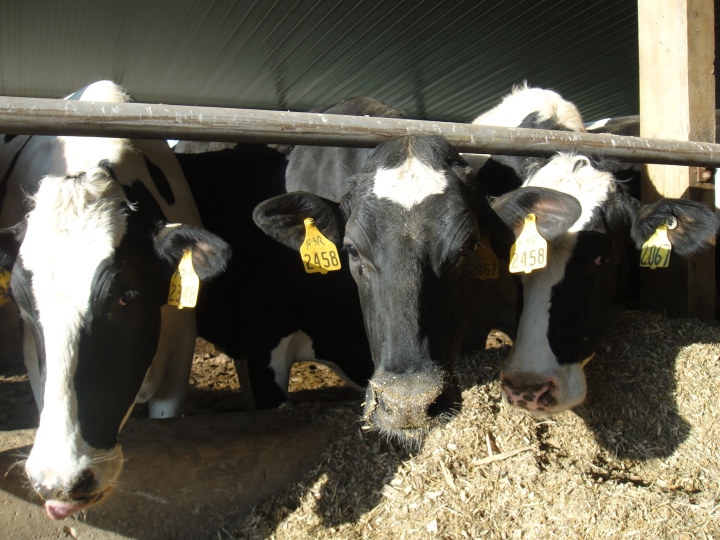 The heat wave has also allowed us to get a jump start on Manure Mania 2012. Bum bum bum. The Dairy Man doesn’t call it that, but I added a name to the annual process to lend some drama and flair. I’ll provide more details on this odorous undertaking in a future post, but all you need to know at this point is that warm weather = manure spreading. All day, every day. Our two orange tractors work the pavement from dawn till dusk. Pit to field, pit to field, pit to field. The goal? To empty our manure pits before the real craziness of spring starts.

We’re not the only ones. Dozens of farmers’ tractors are motoring around the countryside and the scent of spring is upon us. The Dairy Man says it smells like success. I say it smells like, well… poo. Agree to disagree.

I know the summer-March won’t last forever. The earth will figure this out and I’ll go back to light sweaters and boots. But until then, we will haul, cool the cows, and spend time outside with the pups.

I just hope we can get him back inside.

2 thoughts on “Those Lazy-Hazy-Crazy Days of … March!?”

A dinner conversation on the deck:
Day after day, I do this messy, beautiful thing called mothering.
Coffee beans grind
When Daddy and the corn planter swing by the house for supper and all is right in the world. 🙌🏻
I thought I wasn’t a smoothie person.
I’ve had this list taped up to the wall behind my desk since last summer.