My childhood was immersed in stories.

When I went to college, I had big dreams of the city, journalism, and power suits. I knew the pickings were slim for jobs in my creative field, so I planned to move far, far away. But then I met a handsome farmer. We moved to the country. Our lives unblinkingly surged in another direction. The longer I was on the farm, the more my dreams became entangled in my husband’s dreams. These new dreams weren’t better or worse, they were just different.

I think I was always in danger of becoming complacent.

I worked through my issues with cows, country, and the lack of Chicago (my marriage depended on it). I found the strength to support my husband’s dreams, often above my own. I teetered on the edge of martyrdom, but I managed to find happiness in my new home. I dealt with the transitions much more gracefully than anyone expected I would. 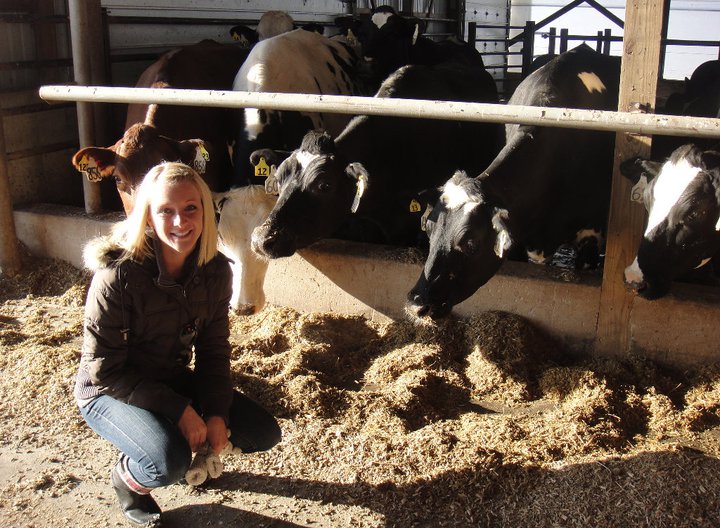 But something inside of me cooled. The passionate, wild, idealistic dreams of my post-college months succumbed to “realistic” dreams that would put food on the table and give me a modicum of self-respect. I found a job with people I liked. I learned to cook, loved on my dog, and fixed up our old farmhouse. I knew that my creativity was most likely going to be used on my own time, so I started a blog.

It was almost enough.

I still felt twinges of loss—the growing pains of new dreams—but I was happy. I knew that dreams change, twist, evolve, and even disappear over the course of a life and there was nothing wrong with that.

So I applied. Somehow, I got it. After only seven months in my current job, I am moving on again.

If there is one thing I’ve learned from the Dairy Man and his farming family, life’s greatest riches come to the risk-takers. Very few people have the world dropped into their lap. Ultimately, every dream requires a dangerous first step … and hundreds of difficult steps after that. My father-in-law milked every day for seven years when he started the dairy. That’s every single day; twice a day; no weekends, holidays, or vacations. For S-E-V-E-N years. He made profound sacrifices that would one day lead to a booming, successful business. He risked everything he had. It would have been impossible to predict success or failure, but his dream sustained him.

As the wife of a dreamer, I’ve had to find peace in the truth that we will have to take risks to achieve my Dairy Man’s dreams. Businesses don’t grow without sacrifice (time, money, relationships); career aspirations aren’t realized without leaps of faith; passions are not satisfied without following a dream.

Farm life has taught me flexibility. God has shown me that the best-laid plans are subject to his will. Life happens, love happens, cows happen. At the end of the day, however, I know that the farming man who is brimming over with vocational passion will rejoice that I have found mine. We celebrate each other’s dreams.

I’m excited to start this new chapter of my career, but I’m also terrified. I thought this particular dream had fizzled. I accepted it. I felt God’s gentle nudging in a new direction. I clung to the best parts of myself, but I also acknowledged that I needed to evolve. I wasn’t willing to live a lifetime of dissatisfaction by doggedly clinging to old dreams, so I made new ones.

But this new dream is better than I could have imagined. I can feed the long-forgotten creative corners of my soul and still live in our small town, take long walks down dirt roads, and support my Dairy Man.

No matter which direction life takes us, we dream on. 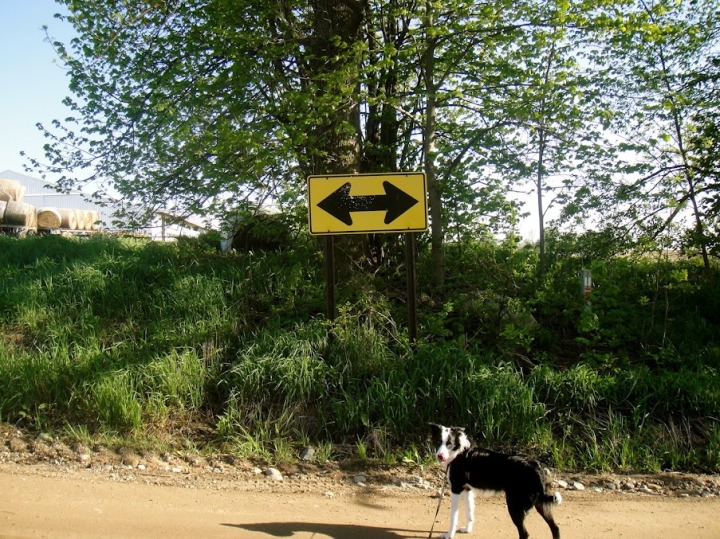 27 thoughts on “Where Dreams and Dairy Cows Coincide”